Features Your Commercial Security System Must Include

A commercial security system is often very different than a basic home alarm system; your home alarm may simply need a basic code to be disarmed so the alarm doesn't sound after you enter the front door, and it may also include an alarm that sounds when a window is broken, but not much more. However, for a commercial facility, you may have a number of people who are coming and going throughout the day and may need more than an intrusion alarm alone. Note some features your commercial security system should include for maximum protection of your business.

A home smoke alarm may note nothing more than smoke, but in your commercial facility, you may need to be warned of more than just smoke and heat from a potential fire. A low-temperature sensor that is installed where there are plumbing pipes can alert you to a potential broken pipe and resultant flood, so you can get this contained and repaired as quickly as possible. Other motion detectors can also detect the movement of rising water, which might signal a flood. You may also need a radon or carbon monoxide detector, depending on the chemicals you use in a production facility. These alarms can be connected to local emergency services so you don't need to rely on office personnel to make that call when necessary.

Your home security system may sound when someone actually enters your home while the alarm is engaged, but an unauthorized attempt alert means sounding some type of alarm when someone is simply attempting to enter. This can mean alerting your security personnel so they can respond or notifying you if someone on your staff was attempting to enter a restricted area or the office itself after hours.

An unauthorized attempt alert can tell you if someone should not be entering a certain area, but attendance logs can also be built into your security system; these can work with your personnel and timekeeping records, so you know that someone actually entered a certain area at a certain time, as required by their job. Rather than punching a time card in a time clock, your security system can work as a means of keeping out unwanted visitors but also for recording those that should be checking in or entering the facility at a certain time as well. Having this feature built into your security program can mean eliminating other tedious attendance recordkeeping while keeping your facility safe. 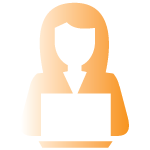 Mobile technology has made such a difference to our lives. It can be a valuable tool to help your business stay secure as well. This can be as simple as having a feed from your security cameras that goes directly to your phone or tablet, or as complex as having an application that measures the distance between your staff and their computer and automatically alerts them if someone is trying to log onto their computer while they are away from their desk. Using mobile technology to your advantage can be a great way to enhance your security at an affordable cost.